Match&Fuse At…
One way that Match&Fuse helps promotes the progressive end of music is to work with established festivals and hold an event within their programme.
Match&Fuse At… has run nights at events all over the UK including the EFG London Jazz Festival and Marsden Jazz Festival. The directors of such established music celebrations all embrace offering their audiences alternative viewpoints.
Recent / Future Events

Marsden Jazz Festival
Founded in 1992 the Marsden Jazz Festival is one of the UK’s longest-running jazz events and is a proper takeover with a street parade and venues in 13 pubs, clubs and bars, three outdoor stages, two cafes and one former cowshed.

Match&Fuse is planning their third year at Marsden Jazz Festival after another great event in 2018. It was actually the ‘fuse’ between Manchester-based Tåpp Duo (Beka Reid and Polly Virr) and the Swiss band, the Great Harry Hillman that really lit the night up. A recording was made and short extracts livestreamed.

These chances for musicians to share and interact are vital – the politics of music are always based on connection and collaboration. This was felt by Match&Fuse too in relation to their working partnership with Marsden Jazz. It proved to be a beneficial dialogue with ways to extend promotion, publicity and creative ideas. 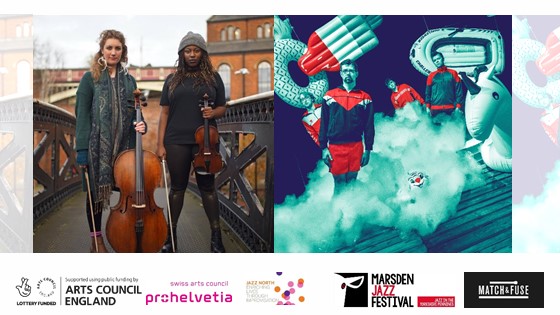 This featured sets by Jazz North Northern Line band Täpp Duo (Manchester) and acclaimed Swiss group The Great Harry Hillman and a fuse of them both that was a real treat. When you work with musicians of such a standard it always shows up in the quality and fun of the improvisation.

Tapp Duo (UK): Using loop pedals and electronics to extend the musical language of their violin and cello, Beka Reid and Polly Virr have begun an interesting alternative in jazz. Both are artists to watch out for in the future.

The Great Harry Hillman (CH): With their most recent release, Tilt, on Cuneiform Records, this foursome are pushing jazz whilst maintaining an engaging sense of melody and alt rock. The level of musicianship underlies their sense of fun, but it’s their accomplished compositions which show the true edge of this band. 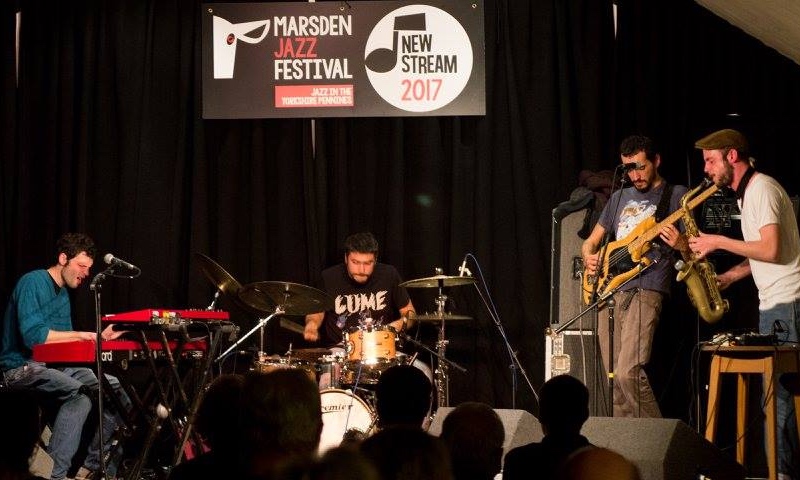 A gem of a festival with the strapline, Jazz in the Yorkshire Pennines, Match&Fuse was happy to have a night there with a class mix of European acts who have unique viewpoints.

Chromb! (FR): Quartet with strings, reeds, 88 keys and drums, making guitarless rock, distorted jazz or chamber music depending on the occasion. A prisoner of no specific style. 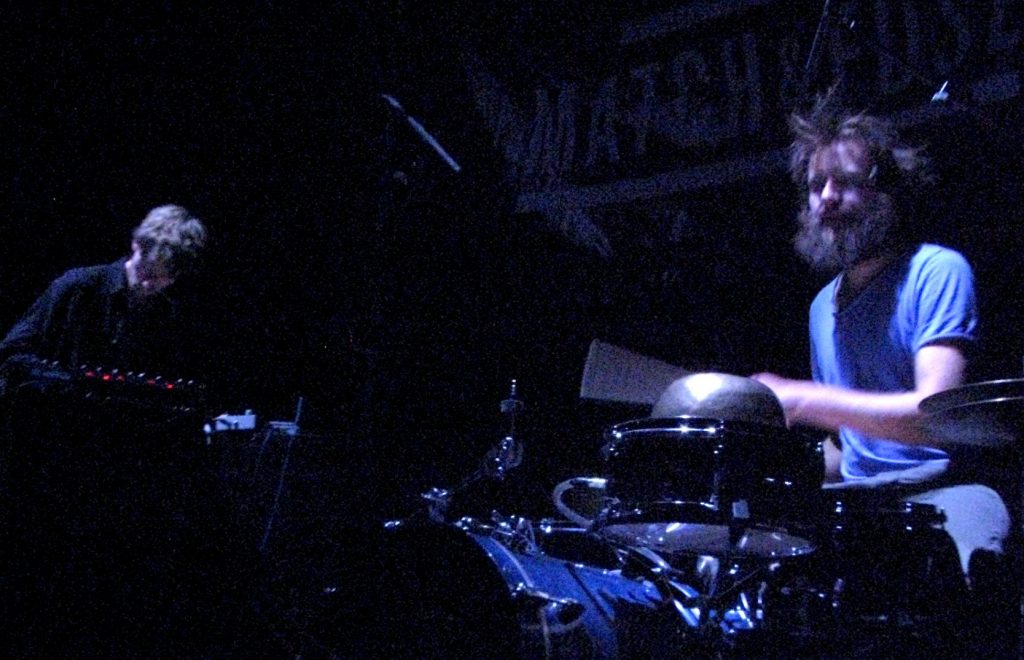 This was a rare chance to hear the creative keyboardist, Dan Nicholls (UK), playing solo. Building a reputation through bands such as Strobes and working with Squarepusher, Dan was keen to also do a ‘fuse’ with Swiss drummer, Sartorius (CH). He’s worked with innovative musicians such as Merz, Matthew Herbert and Fred Frith but is renowned for unusual solo shows with an unprocessed acoustic; developing, beat by beat, an environment of sound.

The trio Plaistow (FR/CH) reflect a techno sensibility within beautiful piano work, interacting with drums and double bass to sound out contemporary ideas with touches of ancient drones and Middle Eastern melodies. Kit Downes and Tom Challenger meld harmonium and sax for this moody and engaging performance from their Vyamanikal (UK) project that has led to Kit’s organ album (out on ECM in 2018). 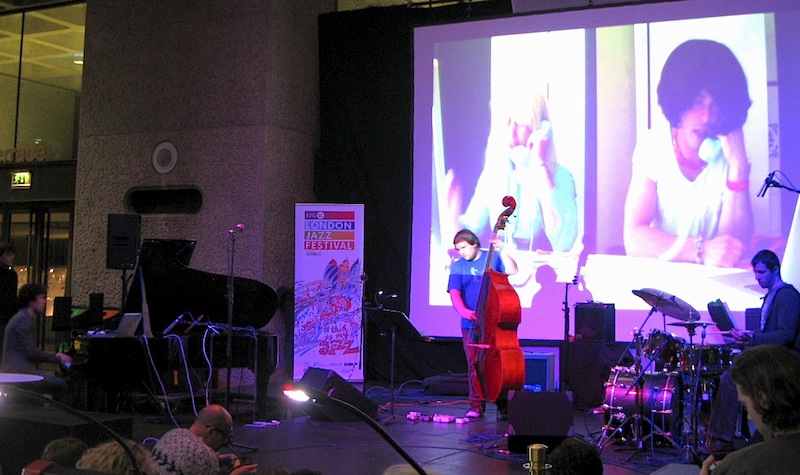 The last of our events at the EFG London Jazz Festival brought together the dynamic Let Spin and Jazzator – both inhabiting complex, quirky territories but with an impetus that is contrasting. The final special guest was the innovative Dutch trio, Tine Men and the Telephone.

Let Spin (UK)
Lunging between thrashy punk and wistful reflection, the quality of this band is making its mark.

Jazzator (CH/RU): Swiss-based quartet who use piano, bass, beats, vocals, sax and ‘toys’ to draw listeners into their imaginative yet twisted art-world.

Tin Men and the Telephone (NL): Respected band who use modern thoughts on jazz, interactive visuals and an attitude that really changed this music’s landscape. 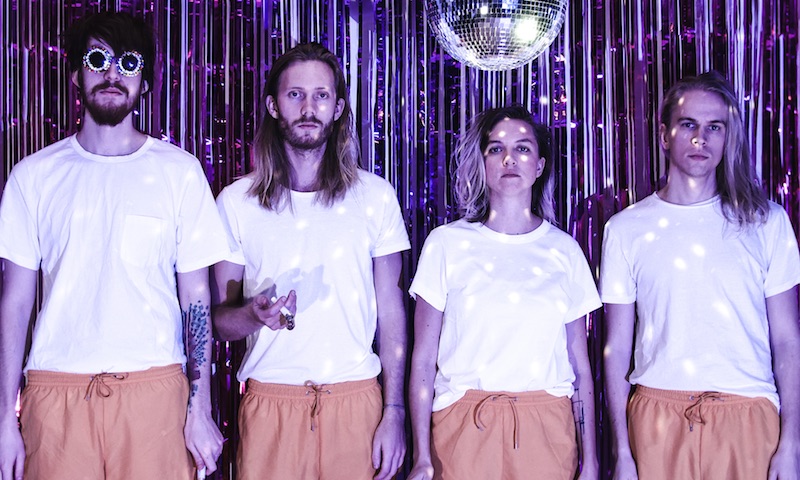 The Vortex club held this triple bill that brought together bands that are testing the boundaries of jazz and using vocals in non-traditional ways, focusing more on recent indie styles and spoken word.

It was gig 2 of 3 at the festival and matched the elaborate colours of Water Boogie System, hailing from Gothenburg with Blue-Eyed Hawk’s richly textured original material and the avant-glam-punk cabaret of Magnus Loom. 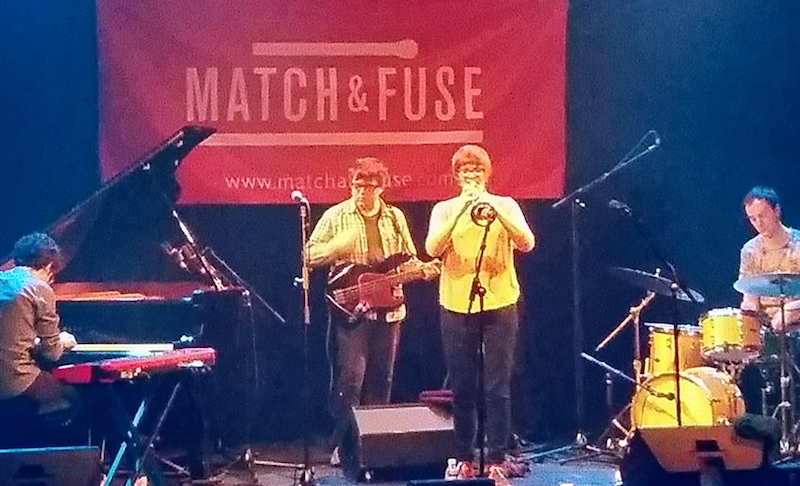 As part of a UK tour touching down in Newcastle, Oxford and Nottingham, M&F held an event at King’s Place in London as part of the festival with two leading contemporary bands.

LABtrio (BE) are three musicians with strong personalities, endowed with a fresh and adventurous approach to music. Pianist Bram de Looze, bassist Anneleen Boehme and drummer Lander Gyselinck have been working together since 2007, combining urban jazz with electronic music and improv.

Both bands played a set of their original music, followed by the ‘fused’ ensemble of all 7 musicians onstage – with new works premiered and commisioned by Match&Fuse for this project. Having toured Belgium and Holland together in October 2015, the sparks of creative collaboration were truly lit.